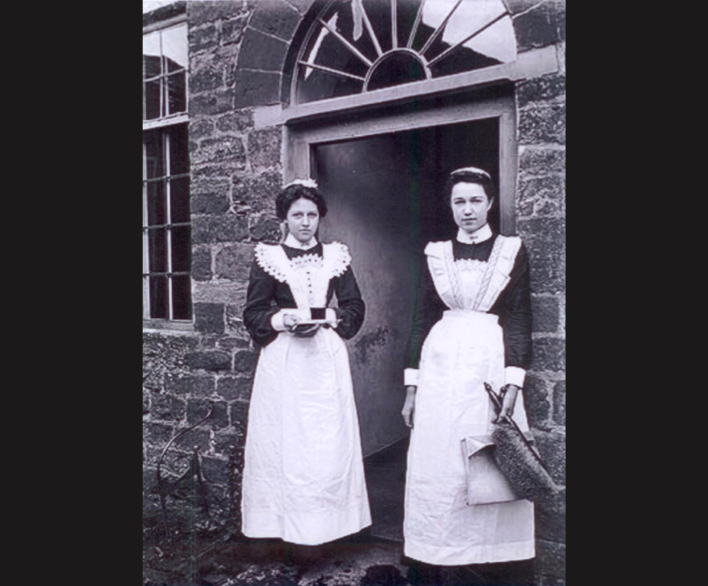 My father’s ancestors were Cornish boat-builders, master mariners and smugglers – in the eighteenth century the whole town was at it. My grandfather was not allowed to go to sea, because he was delicate. My grandmother was head mistress of the Mevagissey school, a job she took because – a Birmingham girl from a bookish family – she longed to live by the sea. My grandfather built his bride a posh house on top of the hill above the town. (Besotted fool! It meant she had to push the pram up that vertical hill.)

My red-headed Great-Aunt Jane – supposedly the first woman in Cornwall to wear cycling bloomers – was superceded as our family’s claim to fame by my 25 year old niece, Captain Jessica Pearce, a certified Master Mariner.

My mother’s mum was a Cockney who worked in her father’s corner grocery shop. When she met my tall, handsome grandfather he was a footman – powdered hair and knee breeches – at a Victorian stately home called Panshanger, in Hertfordshire. His ancestor – originally called de Wauklyn – was an Earl who fought with William the Conqueror in 1066 from Bernay, a town in Northern France, so dull I can see why he left it. 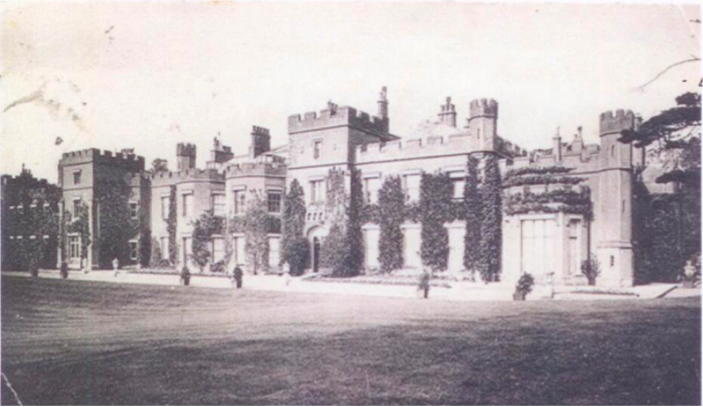 Slowly the family fortunes slumped. Then, for nearly a thousand years, my ancestors all worked devotedly as servants for the big house: laundry maids, cooks, butlers and coachman. I know this because an amateur genealogist drew up our family tree, which shows how fast we sank from being pugnacious aristocrats in 1066 to being the medieval equivalent of vacuum cleaners, washing machines and voice-mail.

My Own Back Story

I trained as a sculptor at Southern College of Art, Portsmouth (now part of Southampton University), and then as a painter at Chelsea Polytechnic (now part of University of the Arts, London).

In 1955 I married designer Sir Terence Conran and we have two sons, Sebastian Conran and Jasper Conran, who are both designers and authors.

Until I was thirty, I worked as a textile designer, the executive director of Conran Fabrics Ltd. – a firm that specialised in working with architects on special projects such as hospitals, cruise ships and aircraft. For eight years, I was a member of the Selection Committee of the Design Council, and for six years I was an advisor to the British Jewellery Industry.

After contracting M.E., I could no longer work full time. I started to write books, nearly all of which have been international bestsellers. They include Superwoman (1975); Down with Superwoman (1991, the revised and updated edition of Superwoman) and other self-help books for women. My first novel, Lace, was filmed (No. 1 mini-series movie, USA 1984). My other novels are Savages, Crimson, Tiger Eyes and The Revenge. More about my books at https://shirleyconran.com/shirleys-books/

I have a strong background in 20 years of consumer campaigning. My work as a social entrepreneur started in 1998 when I founded Mothers in Management, which aimed to improve working conditions and flexible practices for working mothers.

In 2001 I was the founder and President of The Work-Life Balance Trust, a charity which lobbied for flexi-hours for men and women.

By 2004, over 3 million people participated in Work-Life Balance Week.

In 2009 I founded MATHS ACTION, a non-political organisation with the aim of improving maths performance in Britain. This was a sister organisation to The Learning Skills Foundation.

In 2014 – 17 I was an adviser to the Department for Education on the recruitment of girls to Mathematics.

My speciality as a communicator is that I can explain complex matters in ways that everyone can understand. In 2014 I  wrote, designed and published MONEY STUFF, for girls who hate maths  – a FREE maths course on iPad.

In 2015 a reception was held in the House of Lords to announce the publication by Maths Action of two books: THE FEAR FACTOR, by Dr Samantha Callan, traced the historical origins of Maths Anxiety in women – ‘Maths is a feminist Issue’ was the slogan. http://mathsanxietytrust.com/

The second book, WHAT’S IT GOT TO DO WITH ME?’ by Diane Carrington, contained a survey of the attitudes to Mathematics of 400 girls aged 13-14 at Langley Park Girls’ School, Bromley. This book showed that Maths Anxiety in British females continues to be a serious problem.  The Maths Anxiety Trust

In 2016 I was presented with an Honorary Fellowship by University College, London [UCL]. When UCL first wrote to me I thought it was somebody’s joke until they asked for the size of my head. 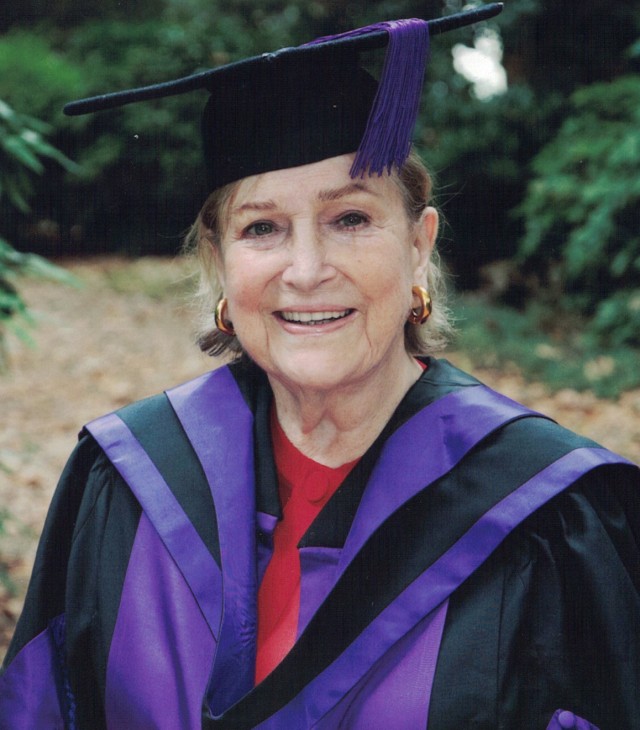 I was told that my duties as an Hon Fellow are to attend the university’s functions when invited,  and to do something that UCL can applaud. So I founded The Maths Anxiety Trust.

The aims of the Trust are:

1. To get Maths Anxiety recognised by the authorities as a serious, preventable, treatable condition that affects hundreds of thousands of British people.

2. To research the causes of Maths Anxiety and prevent them.

In June, 2018 the Trust held a luncheon in the House of Commons hosted and chaired by the Rt.Hon Nicky Morgan, MP, to discuss the current Maths curriculum.

This was followed by a luncheon in the House of Lords to discuss what steps need to be taken to improve the adult innumeracy figures and to get official recognition of Maths Anxiety, a condition that blights lives, helps to put people in poverty and economically holds back the UK. We would all be richer if nobody had Maths Anxiety.

On 13th June, the Trust held an Evening Summit – mainly for educational authorities and Mathematics teachers – in Chancellor’s Hall, Senate House, University of London, to discuss Maths Anxiety in the classroom and what needs to be done about it.

a) An interview with Lauren Laverne

b) Shirley Conran/men and money?

e) Shirley Conran on Lace: Why I wrote a sex book for girls

f) Money Stuff for the iPad by Shirley Conran 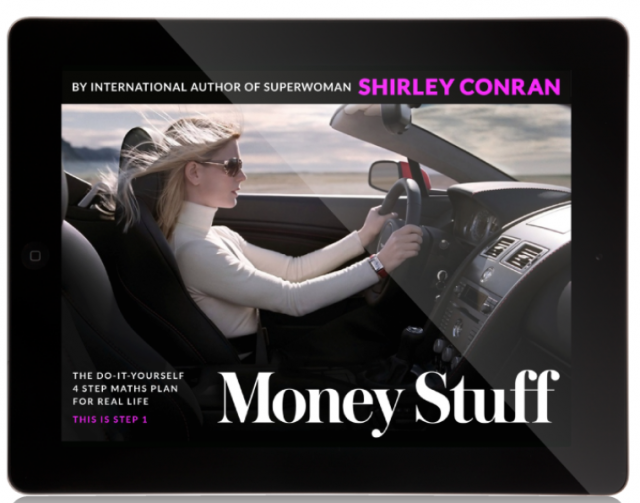