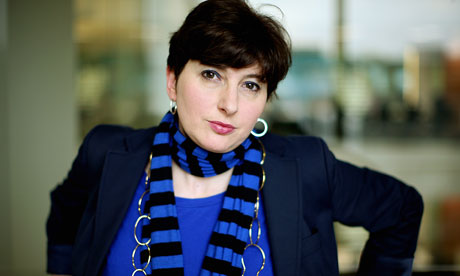 My friend Julia failed academically at school and didn’t go to university. So how did she become a professor?

“Networking is social navigation – it’s as much about what to look for as who to know,” says Julia Hobsbawm, who wrote and presented the BBC Radio 4 series ‘Networking Nation’.

Think of networking music producer and talent-spotter Simon Cowell, who built up his business through classic networking. Think of Mumsnet.com, which started small with a good idea and now gets more than 60 million page-views a month – which is more than the entire population of Ireland or Greece, as every politician knows. So start small, think big.

“Building up your own network is like building your fitness,” says Julia. “You don’t diet and lose weight overnight, or run a marathon in a week. You slowly change your behaviour as you find out what works and what doesn’t. You need patience and stamina to keep going.”

By 2012 Julia had been made Honorary Visiting Professor in Networking at Cass Business School in London. In 2014 the Foreign & Commonwealth Office invited her to join its Diplomatic Excellence Panel.

“It’s not enough to join Facebook or Twitter then leave it at that,” Julia warns, “Face-to-face matters hugely, even in a Facebook age. You get a direct connection when you meet someone, look into someone’s eyes and hear their voice. People who meet others are happier than those who simply stay online.”

So leave the keyboard sometimes. Get out there and party.